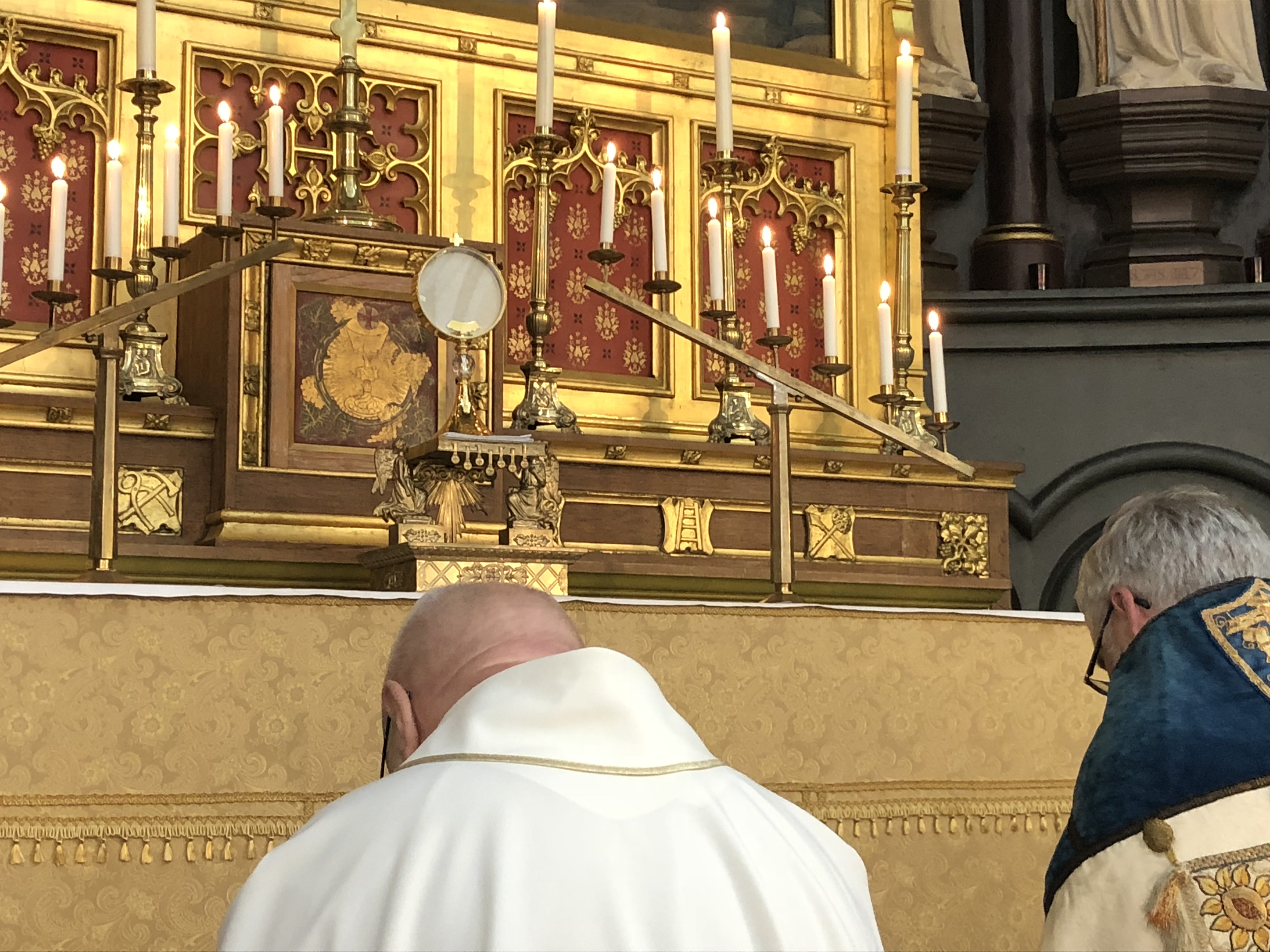 “Ever since the creation of the world his eternal power and divine nature, invisible though they are, have been understood and seen through the things he has made”

In 1966, the then Archbishop of Canterbury Michael Ramsey, made an official visit to Rome. At the end of his meeting, when the Pope said goodbye to Ramsey, he gave him a most extraordinary leaving gift.

He slipped off the episcopal ring, with its emeralds and diamonds (which had been given to him by the city of Milan when he was Archbishop there) and put it in the palm of Ramsey’s hand who then put it on his own finger.

He was obviously surprised and deeply moved, and those who were close to him said they had rarely seen him so speechless. “I felt vividly,” Ramsey said later, “that he was giving me a piece of himself.”

At the heart of the life of the Church are the Sacraments, vivid actions which renew and reconcile the Church to God. There are seven of them (the two most important are Baptism and Eucharist, followed by Confirmation, Ordination, Holy Matrimony, Confession and Healing).

They are different ways in which God uses material things (such as water, bread, wine, oil, hands, rings or just the physical presence of a priest) to reach out to us. Through the sacraments, God shares his love for us, and each sacrament brings a special help, which we call grace.

On the face of it, the sacraments are quite ordinary. We wash in water (Baptism), break bread (Eucharist), lay hands on heads and anoint with oil (confirmation, and ordination and healing, exchange rings (Marriage). They are ordinary actions with ordinary props but the whole point lies in what is being accomplished. Through the activity of God, the ordinary things become holy things and we (ordinary as we are!) become holy too.

“I felt vividly that he was giving me a piece of himself,” said Archbishop Ramsey. The best, most thoughtful gifts are gifts into which the giver has poured something of themselves in order to express something that they feel or want to give or want to say.

Even if we aren’t always vividly aware, the truth is that whenever we celebrate the sacraments, God gives us himself, loves us, heals us, forgives us. Surely, that should make us a little speechless.

“They will come with weeping;
they will pray as I bring them back.
I will lead them beside streams of water
on a level path where they will not stumble”